BitMEX CTFC investigation may cause $85 million loss to exchange 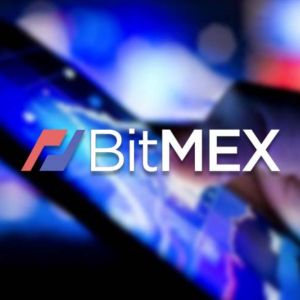 Research firm Token Analyst reveals in a tweet that the cryptocurrency exchange has witnessed withdrawals worth eighty-five million dollars ($85 million) after a BitMex CTFC investigation. Investigations can cripple a business to a large extent. The launch of a formal BitMEX CTFC investigation headed by the Commodity Futures Trading Commission (CFTC), was announced earlier this week, Token Analyst, a technology company offering radical insights on cryptocurrency assets, recently tweeted that the BitMEX consumers may have grown wary of CTFC’s probe into BitMEX, for supposedly carrying out trading with US consumers without a license, which has led them to withdraw hefty

Get Crypto Newsletter
Market Cap
24h Vol
64.45%
Bitcoin Share
55
Today News
Read the Disclaimer : All content provided herein our website, hyperlinked sites, associated applications, forums, blogs, social media accounts and other platforms (“Site”) is for your general information only, procured from third party sources. We make no warranties of any kind in relation to our content, including but not limited to accuracy and updatedness. No part of the content that we provide constitutes financial advice, legal advice or any other form of advice meant for your specific reliance for any purpose. Any use or reliance on our content is solely at your own risk and discretion. You should conduct your own research, review, analyse and verify our content before relying on them. Trading is a highly risky activity that can lead to major losses, please therefore consult your financial advisor before making any decision. No content on our Site is meant to be a solicitation or offer