What Tone Vays Hates Most About Ripple’s XRP Token 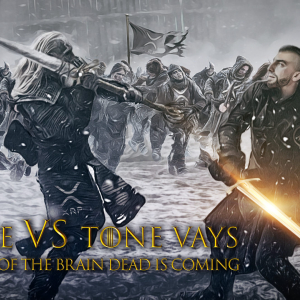 If you’ve been following veteran cryptocurrency trader and analyst, Tone Vays, on Twitter or Youtube for the past six months, it’s possible that you might have noticed a hint of negative sentiment from him towards XRP and Ripple. In an exclusive interview with Bitcoinist, we tried to get to the bottom of what he dislikes the most about the project. The battle against the ‘XRP army of the brain dead’ begins. Take it away, Tone… 1.Read MoreThe post What Tone Vays Hates Most About Ripple’s XRP Token appeared first on Bitcoinist.com.