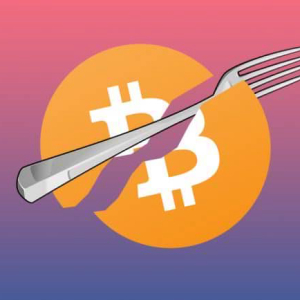 Bitcoin fork is a term describing a split in the Bitcoin network and canonical ledger. The ongoing Bitcoin civil wars have fragmented the ecosystem into several diverging protocol variations and respective chains. When such a bifurcation takes place it results in the creation of new network currency. In Ethereum it was the infamous 2016 DAO hack which led to the partition of the blockchain into Ethereum (ETH) and Ethereum Classic (ETC). In Bitcoin fork the most notable one, the consequence of the persisting block size disputes, was the splitting into the rivalry Bitcoin Cash (BCH) and more recently followed by