Breaking: World’s Largest Army Could Be Rewarded in Crypto Soon 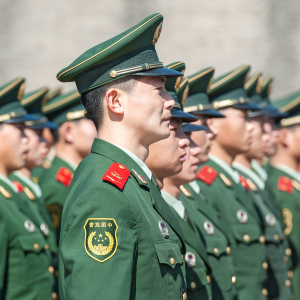 A few weeks after Chinese President Xi Jinping praised blockchain, a local military newspaper hinted that Chinese soldiers could be rewarded in crypto for their loyalty and good performance. Chinese Soldiers Might Get Rewards in Crypto The South China Morning Post cited PLA Daily, the official newspaper of the People’s Liberation Army, as saying that the Chinese army would drive innovation by implementing blockchain. The military could create a token reward mechanism that would considerRead MoreThe post Breaking: World’s Largest Army Could Be Rewarded in Crypto Soon appeared first on Bitcoinist.com.