Jean-Claude Trichet Says He is Doubtful That Cryptocurrencies Will Ever Become Future of Money! 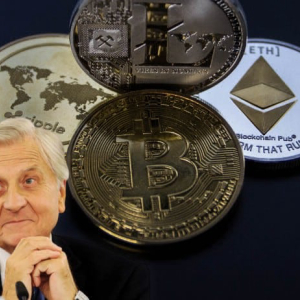 Jean-Claude Trichet, the European Central Bank’s previous president, stated that he is having doubts that cryptocurrencies can forever become the future of currency. By stating these comments, he becomes the recent monetary authority to throw negative comments about the disruptive technology that disorganize the worldwide national banks from their currency control. Trichet remarked during a …The post Jean-Claude Trichet Says He is Doubtful That Cryptocurrencies Will Ever Become Future of Money! appeared first on CryptoNewsZ.