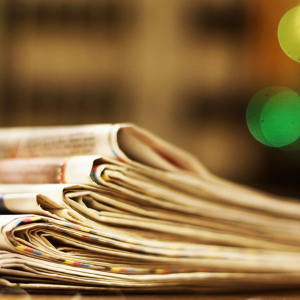 This morning bitcoin was making the headlines in a Chinese state newspaper as the bullish momentum gathers pace in Beijing’s blockchain drive. Bitcoin On The Front Page Reports are circulating on crypto twitter that Monday’s edition of the official state-run publication of the People’s Republic of China, Xinhua, featured an article titled ‘Bitcoin: The First Successful Application of Blockchain Technology.’ The article was first noticed by Sino Global Capital CEO Matthew Graham who posted it;Read MoreThe post Bitcoin Headlines to Millions in Chinese State Daily appeared first on Bitcoinist.com.