Tutellus is the first decentralized and tokenized educational platform that pays users for learning, based on the NEM Blockchain!

While there is a tendency in associating the blockchain with risky yet potentially high-return investments, the distinctive traits of this technology can be used to radically transform society in many ways. Beyond the price action lays a chance to empower the common people by eliminating the financial middlemen and centralized authorities that act as a barrier between the users, thus creating communities where wealth can be redistributed following fair, public, immutable rules.

One of the many fields that can be completely disrupted by the use of blockchain is Education, a critically important sector that suffers from multiple problems that can be solved, or at least attenuated, by technology suited to collaborative communities. Fixing these problems may have immeasurable positive results for generations to come. Here are some of these problems:

Tutellus.com is an online educational collaborative platform working since 2013, with 1 million users in over 160 countries, and 130,000 video-courses. It is the leading EdTech platform in the Spanish-speaking market. Tutellus.io is the evolution of Tutellus.com, a decentralized platform where users can make money depending on their activity: the more they learn and teach, the bigger their rewards.

This is achieved by creating an independent financial ecosystem built on the NEM blockchain, using a dual token system. The tokens, TUT and STUT, provide a vast range of functionalities fully supported by the soon to be released new version of the core engine of NEM, Catapult 2.0 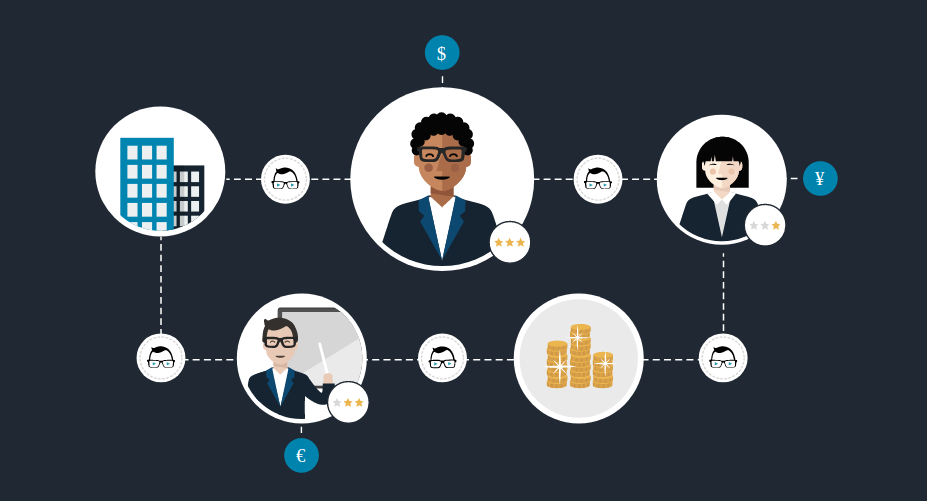 In addition to the basic structure rewarding teachers and students, two features are added

This is the solution we offer for the chronic problems Education has endured for many years. We believe that blockchain will be a turning point in the history of this sector, among many others, and it is time to be an active part of the upcoming evolution! Click here to learn more!

Get Crypto Newsletter
Market Cap
24h Vol
62.35%
Bitcoin Share
68
Today News
Read the Disclaimer : All content provided herein our website, hyperlinked sites, associated applications, forums, blogs, social media accounts and other platforms (“Site”) is for your general information only, procured from third party sources. We make no warranties of any kind in relation to our content, including but not limited to accuracy and updatedness. No part of the content that we provide constitutes financial advice, legal advice or any other form of advice meant for your specific reliance for any purpose. Any use or reliance on our content is solely at your own risk and discretion. You should conduct your own research, review, analyse and verify our content before relying on them. Trading is a highly risky activity that can lead to major losses, please therefore consult your financial advisor before making any decision. No content on our Site is meant to be a solicitation or offer